by Suhail Ajmal / May 8, 2019
Suhail is a father of three who loves nurturing them day and night. Profession wise he is a recruitment consultant with strong interposal skills. He likes to share his tough life experiences with the world and save people from those troubles he had to run into.

Seems the old saying ‘absence makes the heart go fonder’ rarely holds true in the fast-paced world of today. Though social media has bridged the gap between continents, the more we see the more we want to have, when it comes to being close to the loved ones.

People actually find it difficult to resist the urge to hold, touch, feel and smell their better halves when they have to see them day in day out on plastic screens. In fact, it creates a sense of longing, departure and restriction that you are open to a whole part of the world, yet you are confined to just pictures, videos and soothing messages (sometimes troubled ones).

Around 14 million couples in the world go through such trauma that can only be compared to what captive gladiators of ancient Rome felt, obviously we are exaggerating a bit here. Let’s have a look at few snippets and tips that will help you manage emotions and tame in the beast of long distance relationship.

It should be a no brainier that communication is the name of the game here. To manage emotions properly, we should not keep the feelings of fondness, insecurity, longings and cravings to ourselves, they will only add to the pressure and make us burst with negative and very little positive feelings, which will surely be misinterpreted. So, focus on expressing more instead of talking more; there is a difference between the two, and chances are you are not paying attention to the expression part.

Being held at the opposite ends of your world means you need more than just expressions to manage emotions. You need to feel each other to assert that feelings are still mutual. Sharing something trivial like your tees and clothes, so they can smell you at times of longing is a great way to show that you care and are close by whenever he/she needs you. 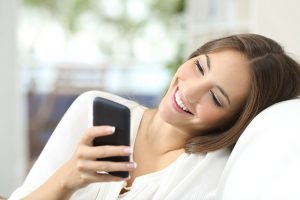 In this technologically advanced world, you have to keep up with the pace. Find more ways to communicate; play online games together, be on Facebook together, participate in social surveys, and share pictures and moments that you are not posting publicly. These have almost zero chance of being misinterpreted and will only assert that you are available and committed.

That’s the ground where almost 80% of couples fail to manage emotions and give in to the negative strings of emotions (see the next tip). If you are sending more texts than her, it doesn’t prove that you love her more. She might be going through a negative phase or putting more effort to meet you in person than you ever did. Instead of asking for more, inquire for your loved one’s well-being more.

Don’t give in to negative emotions and feelings unless you have something substantial. Don’t let the happy couples fool you; everyone hits a rough patch, only rats run and leave first when the ship starts to sink, brave people not only survive together, but can bring the ship out of turmoil. It’s all up to you, as to where you want to take the relation. Failing to manage emotions and surrendering to the negativity will only create a ripple effect, so you will receive similar emotions from the other end.

No, we are not asking to go watch a theme park or a movie on Shakespeare, but to read more, ideally same books. Discuss, relive the English romance and write letters, yes in your handwriting not on laptops. You will see that this single act of actually committing the time to write on paper and posting, will open a whole arena where you two are the main protagonists.

We would like to go far enough to recommend a skype date where you take turns to read out a story, preferably before bed time. Yes, it sounds cheesy and childish, but it’s super fun too, so have a laugh and enjoy the ride.

Teddy’s, flowers and chocolates have never been this important in life, sending these small items won’t hurt your wallet. Ideally, on special occasions, a personal visit or a trip together should be arranged, but if you could not arrange one, don’t beat yourself and manage emotions. Instead, send the next best thing, a cuddly bear and a box of chocolates.

8. Acknowledge You Are Special

Instead of longing for the American Dream of a happy subtle, small family, accept the fact that you, your relationship, its dynamics and everything about it are special. There is nothing wrong with being different and you two shall embrace your differences and relish them instead of loathing over them. And it takes a special person to pull through a tough long distance relationship and manage emotions.

That’s the best part about being apart; you get to plan your meet-ups, adorn over picky details, discuss it and then re-discuss it from scratch. Even if the trip didn’t turn out to be a blast as you two have hoped, don’t lose heart, the future holds more. Maybe the timing wasn’t right, talk to each other and re-plan.

We are listing it at last, because the best things in life happen haphazardly, so obsessing over communication rules is not healthy. But, there are a few exceptions when it comes to manage emotions. Obviously, you can share your heart out without the fear of being judged. I mean if that’s what you are afraid of, then it’s not the right relationship.

However, keep in mind not to ignore the calls or texts. You can do it once or twice in case of absolute emergency, but not picking the call and saying I’m busy, driving, pooping, in a meeting thinking about you, getting a traffic ticket etc,will only put a dent in your relationship.The one that might put all your efforts and time to vain.

If you also have any idea to manage long distance relationship, feel free to mention in the comment box below.

Reasons to Leave A Toxic Relationship Behind

Reasons Why You Should Cuddle More